Evolution of the Independent Nonprofit Sector and the Fund-Raising Profession.

The American nonprofit and philanthropic community plays a crucial role in lives across our great country.  At last count there were nearly 1.41 million tax-exempt organizations of all kinds registered with the Internal Revenue Service.  The largest category is 501(c)(3) public charities, and is the focus of our consultancy.

In 2010, nonprofits contributed products and services that added $779 billion to the nation’s gross domestic product; 5.4 percent of GDP.  Nonprofits are also a major employer, accounting for 9 percent of the economy’s wages, and an estimated 14.4 million people, or over 1 in 10 employees in the United Stated are employed by a nonprofit.

While the philanthropic tradition in America traces its roots to our country’s founding, the independent nonprofit sector began its meteoric growth following the Second World War when about 13,000 such organizations existed. 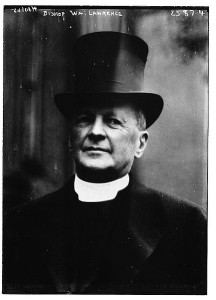 The earliest formalization of our fund-raising profession and the organization of early consulting firms can be traced to the capital and endowment needs for American charities to the end of World War I.

Two schools of thought emerged.  One method was employed principally for new building funds and developed by two YMCA executives.  A second approach was employed in fund raising for higher education, and espoused the importance of donor education and the donor’s commitment to the organization’s mission.  These two early fund raising methods had many similarities, including their emphasis on leadership, large pace-setting gifts at the earliest stages, and a focus on the case for support.

The explosion of the independent nonprofit sector has evolved to create multiple industries within the sector.  These various industries allow organizations to better study the unique and unifying aspects of their purpose and operating conditions.  Industry specialization has allowed many new and innovative fund raising methods and techniques to evolve.

Goettler Associates has consciously chosen to work across several industries and believes this experience further develops our adaptability and ability to innovate.  Over time, we have been able to use cutting-edge approaches developed within one industry to overcome the challenges and obstacles faced by organizations in other industries.