Goettler Associates has long supported efforts to increase awareness of the time-tested principles of successful fundraising and to advance the “state of the art,” so to speak.  The ongoing Goettler Series, and quarterly newsletter Fund Raising Matters (sm) have been used by countless individuals serving as professional staff or as volunteers in our nation’s non-profit organizations.

These materials are a clear description of our firm’s philosophy and approach to fundraising, and we hope that you will make good use of them and share them with your professional colleagues or with fellow members of your non-profit boards. 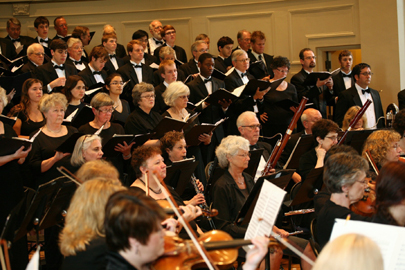 Our series of provocative publications addresses the key issues related to fund raising and institutional advancement.  The following presentation of the “essential elements” is adapted from the eleventh volume of our Goettler Series:

The campaign principle
Reduced to its bare essence, an intensive fundraising campaign can be defined as an effort to raise a specific amount of money, for a specific purpose, over a specific period of time.  Each element of that formula is significant:

The essential elements of fundraising success
Based on our experience, we believe the following seven elements are essential to the success of any large-scale fundraising program — particularly an intensive capital campaign.

While it may seem obvious, it must be emphasized that people generally prefer to invest in successful organizations – those they know will use their money wisely, and continue to serve the community well for many years to come.
If an organization is contemplating a major capital campaign, it should be able to demonstrate that it is:

Even well-established organizations can grow complacent and become alienated from those they serve (or should serve).  Organizations must demonstrate effective and efficient governance and administration.

A major capital campaign needs to be “about” something important – something that people consider to be worth the considerable effort and expense required to get it done.
By definition, a capital campaign is about more than ongoing operations – “continuing to do well what we’ve always done well.” Ideally, it should meet all of the following criteria:

3.  A compelling case for support

An effective case for support should not be seen as a rhetorical exercise, but as a practical, action-oriented tool for volunteers (as well as professionals).  It will enable you to present the organization and its plans to prospective donors in a manner that captures their attention and interest, and elicits their advocacy and support.

In essence, the case will position the organization as an attractive opportunity for philanthropic investment.  It will clearly outline the goals of your fundraising program, and describe the impact that a successful campaign will have on all those the organization serves. 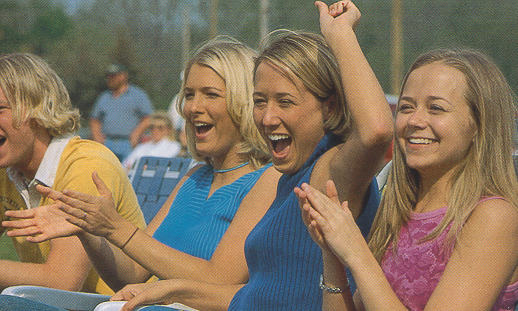 The most effective case for the organization will be based on strengths, capabilities, and potential, rather than deficiencies.  It will evoke a vision of the future which the donor and volunteer can readily “buy into.”  This vision, although it extends far beyond the organization, will be one that the organization  and the campaign can help to realize.

Such a case will appeal to the emotions, as well as the intellect; it will generate enthusiasm, as well as presenting the necessary facts. In this way, it will encourage people to act.

Finally, a strong case for support must be memorable.  The campaign volunteer should be able to articulate its basic thrust eloquently and persuasively in a few short sentences.

Because a compelling case must be informed by the “marketplace perspective” — i.e., the viewpoint of the donor — the process of developing the case provides an excellent opportunity to involve prospective donors in a stimulating and productive dialogue about the organization, its plans, and how they can be most effectively presented.

For a campaign to have a reasonable expectation of success, there must be sufficient financial resources available to fund the proposed development program.  By “available,” we mean that these funds must be in the hands of likely donor constituencies — i.e., groups of prospective donors who have at least a philosophical rationale for supporting the organization  and its plans, if not an active interest in and relationship with the organization.

Specifically, there must be a sufficient number of major gift prospects to initiate campaign activities at a substantial and meaningful level. What that level is will depend on the campaign goal.  While some of these prospects might be members of the internal organizational “family,” many would probably have no direct relationship to the organization .

Without a doubt, the decisions of these prospects would be greatly influenced by the total financial commitment made by members of the “family” — administration, employees, trustees, and other support groups.  Donors will rightfully expect those who are closest to the organization to validate the development program through their financial commitments.  In this way, the family must set the tone and lay the foundation, both strategic and financial, for a successful campaign.  For these reasons, as a general rule, the organization’s “family” constituencies will be cultivated and solicited before others are approached.

In the field of major gift fund raising, one often hears it said that “The money’s out there.”  The mere presence of wealth, however, is of negligible value without a corps of volunteers who are qualified, willing, and able to personally approach the top prospects on behalf of the organization and the campaign.

By “qualified,” we mean first of all that to be effective, a volunteer must make an exemplary financial commitment of his or her own.  In most cases, the volunteer should also be a social and financial peer of the prospect.  While a successful campaign may require expert professional guidance, it is these qualifications which continue to make a well-prepared volunteer, in most cases, far more effective than the vast majority of professionals.

Like any successful enterprise, an effective volunteer organization depends on outstanding leadership—people who are exceptionally responsible, qualified, and capable, and who are known and respected by their peers. Such leaders give the campaign credibility and keep it moving forward through their mere association with the campaign, their charisma, and their exemplary effort. They will be needed at all levels of the campaign — to make pace-setting financial commitments of their own, then to orchestrate and lead the solicitation of their peers.

This process will begin with the internal “family” — as board members solicit other board members, employees solicit other employees, and so on.  The process will continue in the community phase of the campaign — which will require a strong organization of civic, business, and community leaders who are keenly interested and authentically involved in the campaign, and willing and able to both provide and secure financial support at the highest levels.

6.  Leadership gifts to set the pace for success

While a major capital campaign presents an unusual opportunity to attract large numbers of donors and generate numerous gifts, experience has proven over and over again that the best way by far to ensure success is to focus our attention and our efforts on the relatively small number of donors who are capable of making the largest investments. 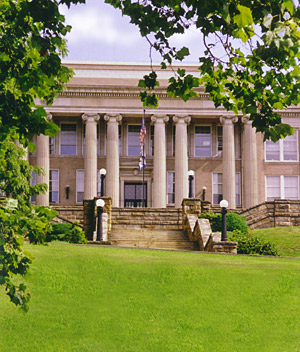 These investments, in most cases, will account for one-third to one-half of the campaign goal, or even more.  The news of these commitments, once they are secured, will serve to inspire and raise the sights of all other donors and volunteers; to build the momentum of the campaign; and to create confidence within the campaign organization that the goal is in fact attainable, and success is in store.

For this reason, a great deal of time and energy will be devoted to the cultivation and solicitation of prospects for advance gifts (top 30 prospects) and major gifts (next 50 to 100 prospects).

For each of these prospects, a unique strategy must be conceived, planned, and carried out.  It is well and truly said that “every advance gift is a campaign unto itself.”

7.  A realistic plan of campaign implemented in a highly organized fashion

If it is to have any hope of success, a serious fund-raising program designed to generate support from a number of distinct constituencies must be planned and implemented with a high degree of centralized coordination. For this reason, all campaign leaders and volunteers must be encouraged to support the plan of campaign, and to do their best to follow it closely.

The campaign plan for the organization will call for a great deal to be accomplished in a short period of time.  It is, in fact, the rapid pace of events and the volunteers’ adherence to the plan and timetable which helps to establish and maintain the momentum of a successful campaign.  And it is precisely the dynamic nature of the program which requires that it be based on a realistic plan and organization, and built into a specific time frame.

In this way, as experience has proven time and again, the campaign will achieve its end as productively and efficiently as possible—and everyone involved will find the experience a satisfying and rewarding one.

To learn more:
Our Values
Our History
Our Team