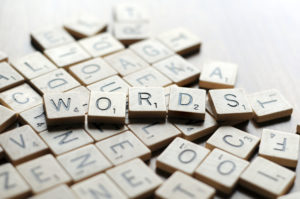 We laughed at first and then we winced.  Yes, the truth hurts.  If one is being honest with themselves, we’ve all done it.  We’ve all used pointless, undefinable, filler words that help the author complete a task, yet do nothing to actually communicate our point, nor help the reader.  Big Duck has come out with the next article in their annual series of words nonprofits should avoid.  A quick listing of the least favorite and least meaningful words being used in the nonprofit sector today.  A great reminder to all of us that we need to have a clear idea what we want to say before we start to write our next case for support.

Lila Tublin
Every nonprofit—regardless of size, capacity, or cause—has the power to capture attention, send engaging messages, and communicate effectively through clear and compelling language.

And there’s no better time than the start of a new year to reflect on the overused phrases and insider jargon littering the nonprofit space and resolve to stand out—and speak up—with meaningful diction.

As always, we’re not saying never use these words, but offering this list as a friendly guide for nonprofit communicators to make stronger, smarter word choices a conscious practice. Let’s go in.

A catch-all term for engaging with a nonprofit, “Take action!” is as unclear as they come. When organizations use this phrase without defining what they want someone to do and why it matters, it sounds hollow and generic. As a result, it falls short of its intended purpose: to encourage people to connect with—and further the mission. Instead of speaking in generalities, we recommend nonprofits use clear, concise, language to direct audiences toward the next step, whether that be to Sign the petition! Volunteer with us! or Attend our event! (Exclamation points are optional.)

Now more than ever

Since its first appearance on our 2011 list, “Now more than ever,” has been upgraded from desperately to grievously overused. An overwhelming majority of the Big Duck team nominated it for inclusion this year, which means it’s everywhere. Though the times in which we’re living certainly can feel desperate, as a tactic to convey that urgency, this phrase feels more reactive than visionary and leaves an empty impression on audiences.

Rather than resort to this catchy, ubiquitous phrase, try describing what’s going on, why your audiences should care, and offer meaningful steps they can take to help. Doing so will show people why their immediate action is needed, build credibility, and lay the foundation for longer, stronger relationships.

This pair of emotionally vacant words strips away the humanity of who you’re trying to help. In certain contexts, we can see the allure of this phrase as a useful shorthand for describing a nonprofit’s work, but largely believe it deserves scrutiny from all sides.

Try painting a picture of the circumstances you’re striving to change, and the better future for those who will benefit from your organization’s success.

Though strict grammarians may protest, moving away from the binary to more gender-neutral singular pronouns like they, them, and their is the inclusive thing to do. Proof: The Chicago Manual of Style has embraced the singular “they,” in informal (i.e. accessible) writing and the AP Stylebook is making strong inroads. Here’s some guidance:

Nonprofits looking to engage the next generation of donors, supporters, and activists (millennials, Gen Z, and dare I say, Gen AA?) will especially benefit by shifting toward words that reflect a diverse range of gender expressions. Unlearning traditionally gendered language will take effort and practice, but doing so will help organizations reflect a safe, welcoming tone while advancing non-binary inclusion.

I haven’t taken a geometry class since high school, but if I’m not mistaken, circles—by nature—always come back to where they started from. More of an internal term, “circle back,” is a redundant and weird one. We’re guilty of using it all the time here at Big Duck.

A vision statement articulates a nonprofit’s idea of a better world, and the mission statement explains how they’ll create it. Ideally, it should go without saying that an organization is motivated by its mission. Why else would it exist?

We know some nonprofits struggle with staying on-mission in all that they do, but because this is a claim every organization could make, it’s not a very distinguishing one. Look for ways to bring your commitment to life throughout your communications—a values statement can be a great place to do that.

ANOA (A Note On Acronyms)

Acronyms are barriers to understanding. The ultimate insider speak, not only are acronyms unknowable to outside audiences, they’re unownable! Of course, there are exceptions of successful acronymic organizations—the ACLU, UNICEF, and one of my favorites, WWF. We can see their value as internal shorthand too. But for the majority of organizations whose goals are to reach new audiences and build recognition, using an acronym rather than a whole name is like putting up a brick wall where you want an open doorway. In short: Avoid acronyms at all costs!