We talk a lot about the proper use of pronouns in fundraising communications and fundraising appeals.  Our perspective is based on trying to demonstrate that the nonprofit organization is donor centered.  In some circles this is referred to as adopting the marketplace perspective.  There was a very high profile example today of how to do this correctly.  Using this example is probably a bit risky.  We really try to keep politics out of our workday, and certainly not on our company website, but this is just such a wonderful example we’ll run the risk of being offensive to some.  Most people will agree that this individual knows a thing or two about Branding and Marketing. 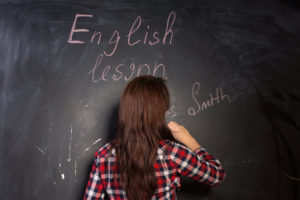 Being donor centered means that when your organization uses pronouns, things can get moved around a bit.  We maintain that ‘we’ represents the donor, and constituents and the community.  ‘We’ should never define the nonprofit institution.  To learn more, take a look at this Fundraising Matters Article: Use Pronouns to Maintain Marketplace Perspective and consider today’s example of the best way to use “We” when communicating with your fundraising constituents.

Trump Inaugural Address Focuses On ‘We,’ Leaves Himself Out Of Speech Almost Entirely

President Donald Trump focused his inaugural address on ‘we’ the American people, leaving himself out of the speech almost entirely.

In contrast to his predecessor Barack Obama, who had a habit of mentioning himself often throughout his speeches, Trump mentioned himself just three times in two sentences, while referring to “we” the American people 45 times.

The first time Trump referred to himself came about halfway through the speech, when he said: “The oath of office I take today is an oath of allegiance to all Americans.”

Trump’s other two references to himself came shortly afterwards.

“I will fight for you with every breath in my body – and I will never, ever let you down,” Trump said. That was the extent to which Trump gave himself any mention in his inaugural address. (RELATED: Obama Refers To Himself 75 Times In Farewell Address)